Why Harlequin Is Not Just The Minor Leagues For Single Title

I'll just come right out and say it. It takes a real author to be able to write for a series line, and certainly a strong writer to be successful at this.

First, think about the demands of writing for a series line, and let's begin with the word count. There are limits here. You have to be able to tell the same story the single title authors are doing in 90,000-100,000 words in 1/2 the space. This requires focus. This requires a command of the language and utilizing just the right words to say what a paragraph would have normally done in the larger formats. Instead of throwing in secondary characters to get the back story across to the reader, the author has to find a way to bring that back story into play strictly with the characters he or she has available, without detracting from the central story arc.

Secondly, we have to have focus. In essence, I like to equate the series lines to writing a short story. You have one story arc and you have to enhance it and grow that story so it is the most powerful thing possible. One example, outside of publishing, that I think makes the point clear surrounds food. When we go to  a potluck, we have so much food on our plate that by the time we are done, we really don't remember what we ate. Instead, we walk away from the table bloated (but telling ourselves we are full) but not really satisfied. On the other hand, think of a fine dining restaurant or elegant cooking. In this case, I am going to turn to a local chef here in the Pacific 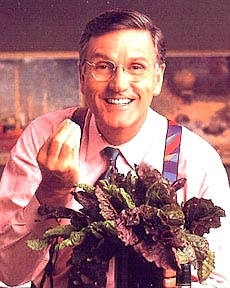 Northwest, Graham Kerr. After his run as the Galloping Gourmet, his focus turned to stressing great food by enhancing the flavor and the color. You don't need a lot, but what you have is packed with flavor and excitement!

Now, when we talk about series writing, in that small amount of space, you have to use your storytelling skills to really pack a wallop of a story!

Next, and I think this is a big one! When you write for a series line, you are also working with the additional constraints of following an established theme of the line. Please note I am not saying a formula. This is that myth that I think far too many authors have bought into. When readers follow a series, they are expecting a certain theme or common idea that will resonate throughout all of the books. These authors don't want the same story over and over again, which is what that formula mentality would have created. What they want is the message and the theme.

Let me explain it this way. In many ways, there is no difference between authors who write for a series line and authors who want to write for publishers that produce books by deceased authors, such as Louis Lamour or Ian Flemming. We can even add in authors who want to write the latest Star Wars or Star Trek novel. I can probably add in here writers for your favorite TV series. The followers of all of these books or television shows expect something when they  read the book or see the show. They want that common theme.

Finally, and I think this is a big one. We know in publishing, one of the biggest keys to success is name recognition. We know the more your readers see or hear an author's name, that sales increase. Look, whether we like it or not, readers are inherently lazy! Harlequin and other series publishers know just this so they do what they can to increase the name recognition of their authors, and they do so with volume! I hear single title authors cringe when they have to produce more than 2 books a year. Some even cringe at one. And yet, those series authors are doing a heck of a lot more, while, need I remind you, maintaining that common theme of the line, maintaining jobs and a family life, and still doing aggressive marketing.

Please don't get me wrong. I am not someone who says single title books are bad and only those series books are great. I am also not saying that I haven't read some pretty bad series titles. A good book still requires great characters, great plots and great storytelling. What I am saying, however, is that there are many in the publishing business that might want to stop and consider before throwing stones of the talent necessary to tell these stories.

I would also add that the editors for these lines are bringing their A-Game! For these brave souls, they are able to work with such a diverse group of authors from all around the world and still maintain that common theme of the line they work with.

In simple words, I tip my hat (if I were wearing one right now) to those working with series titles.

Posted by Scott Eagan at 6:16 AM
Email ThisBlogThis!Share to TwitterShare to FacebookShare to Pinterest
Labels: Series Writing